Get Inspired by the Arts and Culture in Rockford, IL

Known as the City of Gardens and Rivers, Rockford, Illinois, is the second-largest city in the state, whose arts and culture scene is rich and full of life. While the city may not be as huge or well-known as Chicago, it’s packed with charming galleries, artisan eateries, theaters, and creative corners that will entice, amaze and entertain you. Join us on an arts and culture tour of Rockford, IL!

Doc Slafkosky and Jerry Kortman developed the J. R. Kortman Center for Design and The Kortman Gallery in 1986. They are housed in a historic Barloga structure at 107 North Main Street in Downtown Rockford, Illinois, in the United States. The first-floor shop features unique items with a focus on beautiful designs from all around the world.

One of the featured lines includes Alessi of Italy, along with other intriguing home and personal accessories, jewelry, toys, and folk art. The Kortman Gallery, which is located on the second level, hosts fine art exhibitions that rotate every six to eight weeks and feature the creations of local, regional, and even international artists.

John Anderson, a businessman from Rockford, was inspired to build Anderson Japanese Gardens after visiting the Portland Japanese Garden in Oregon in 1978. The Andersons’ swampy backyard beside Rockford’s Spring Creek was turned into a Japanese-style landscape with the continuous assistance of renowned Master Craftsman and designer Hoichi Kurisu.

Since the project’s beginning, Mr. Kurisu has placed every rock, positioned every tree, and laid out every walkway after giving it great thought. John and Linda Anderson gave the Gardens to the Rockford Rotary Charitable Association in 1998 as a sponsored charity. Today, as a non-profit organization, it continues to evolve and develop.

As a classic movie theater, many couples in Rockford, IL, had their first date at this venue. After decades of use, Coronado needed a facelift, and work began in 1999 thanks to donations from the charity organization Friends of Coronado, which donated more than 18 million dollars to restore the theatre’s original glory. In 2001, the restoration work was completed, and now for more than 20 years, the place is once again a grand state-of-the-art cultural center.

Part of the Rock Valley College, the goal of the Starlight Theatre in Rockford, IL, has always been to be a creative outlet for both students and the local community. The cultural activity of Starlight is vast, rich, and enthralling. Most importantly, it is accessible due to the fact that ticket prices here are always reasonable.

Starlight is a great place to catch a musical, from timeless classics like Hello, Dolly! To newer titles such as Dreamgirls. If you are truly a fan of musicals, then Starlight has the perfect deal for you – season tickets, so you won’t miss any of the shows. And if you ever need to rent a costume, this place is the perfect source to find the perfect outfit for your theater group or even a costume party!

When it comes to arts and culture in Rockford, IL, this is just the tip of the iceberg. If you are planning on staying for more than a few days, be sure to check out our recommendations and continue the tour on your own!

This guide through the arts and culture of Rockford, IL was brought to you by the best roofing contractor Rockford has to offer, Pro Restoration LLC. 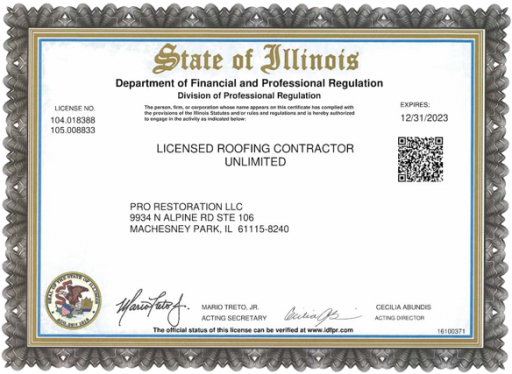